The first prototype of built with the same kind of peristatlic pumps that are used in other THC products. 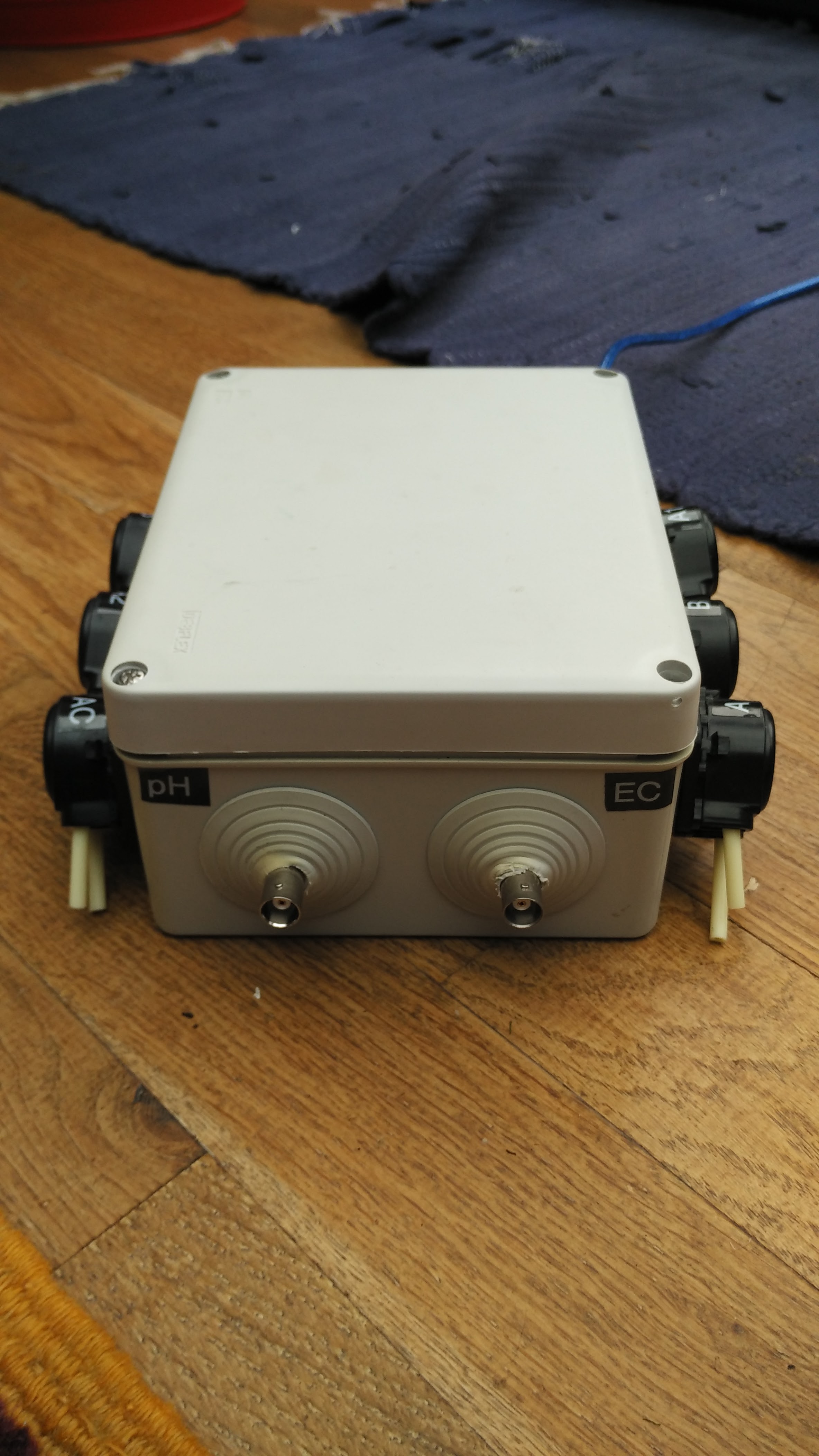 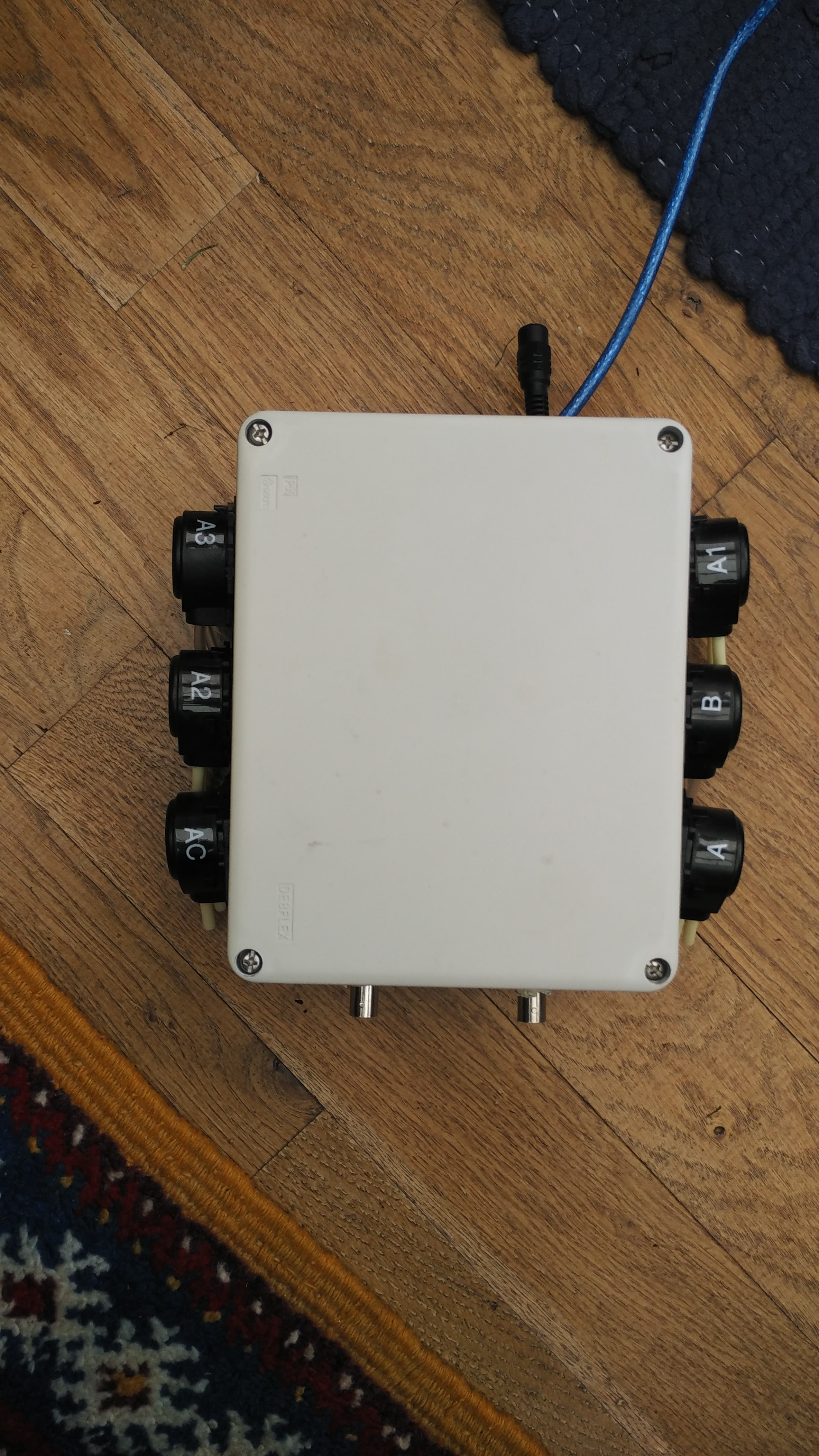 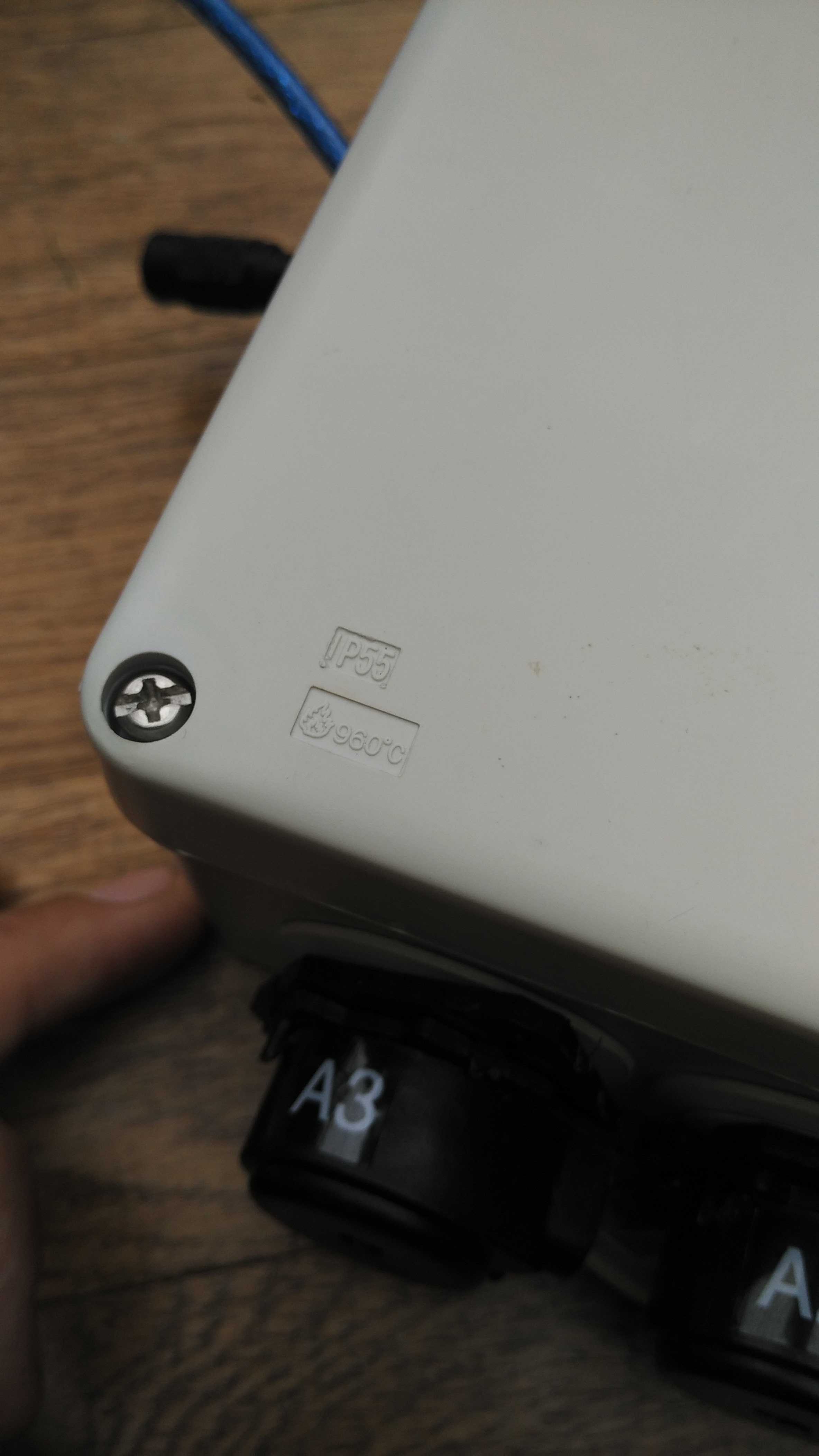 Instead of a built PCB like we use now, the first prototype was based on Arduino cards. They were extremly useful to validate the general principles of the doser and test it is working well during several cultures. 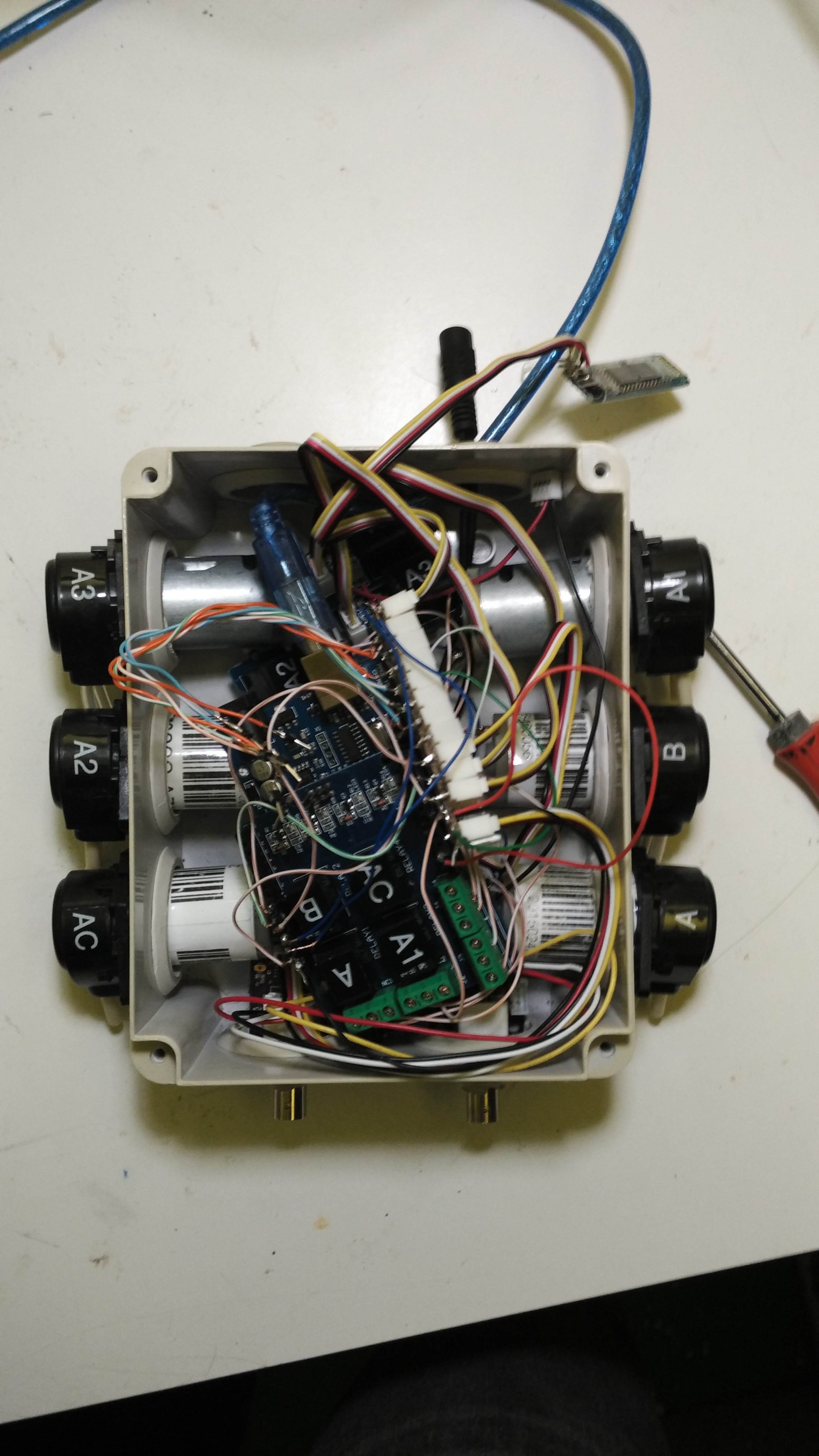 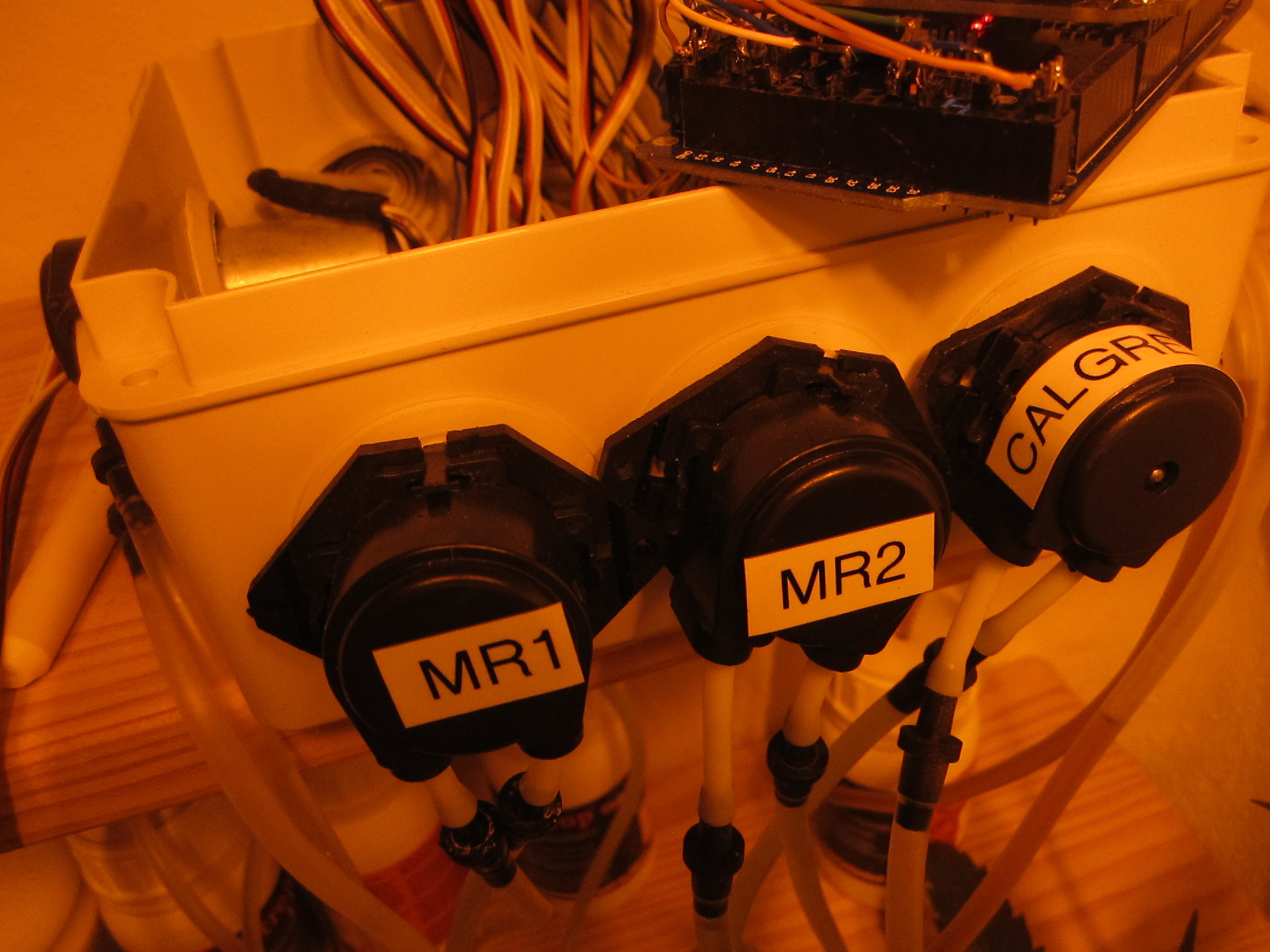 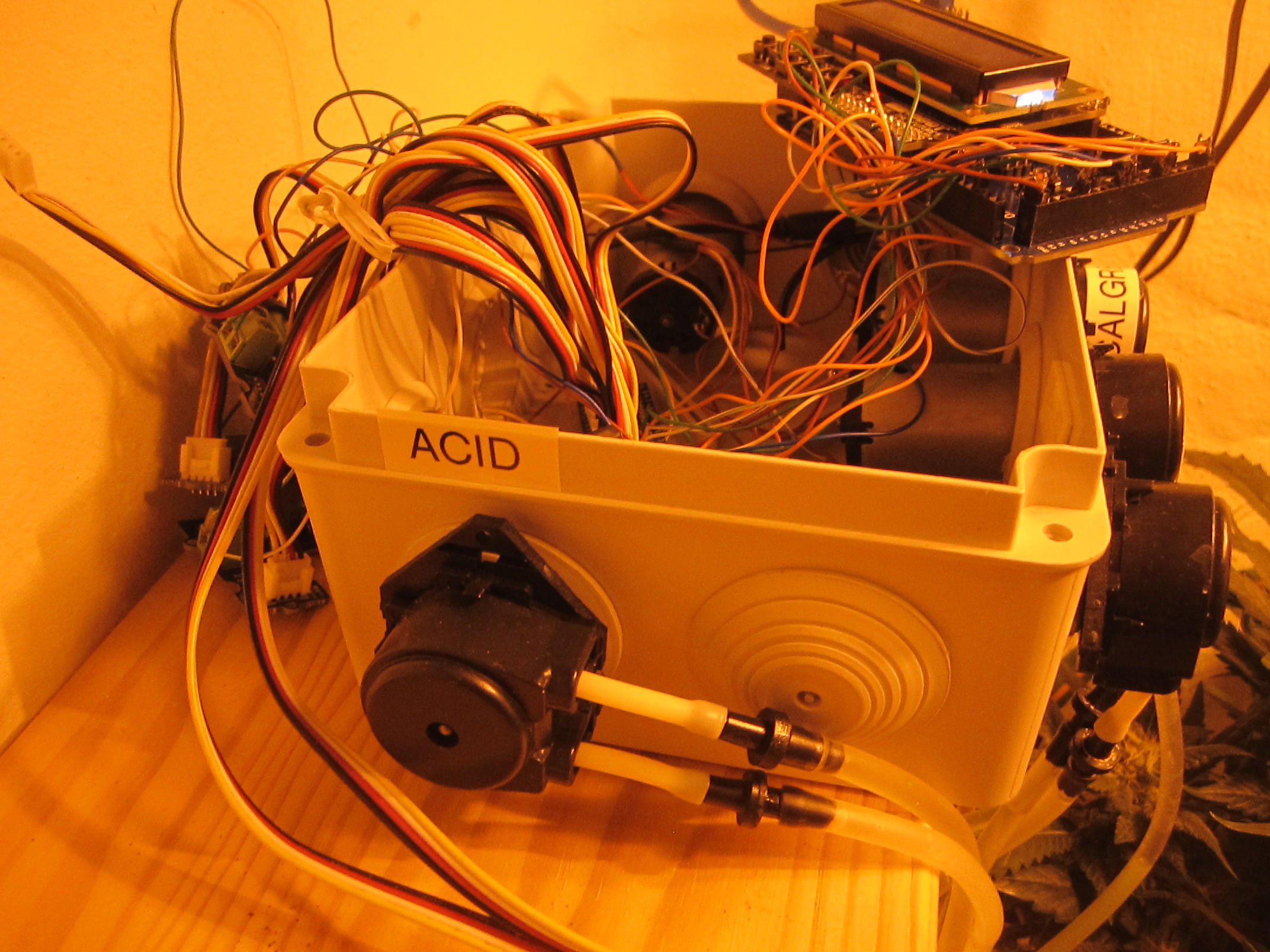 Below if the first kind of water sensor that was used for the THC project, but after a long period in the ionic solution, this type of water detector accumulates a deposit between the metal wires and stops working. actually, it stucks in the closed position and water injection is not more triggered. this has been solved by using floating mechanisms. 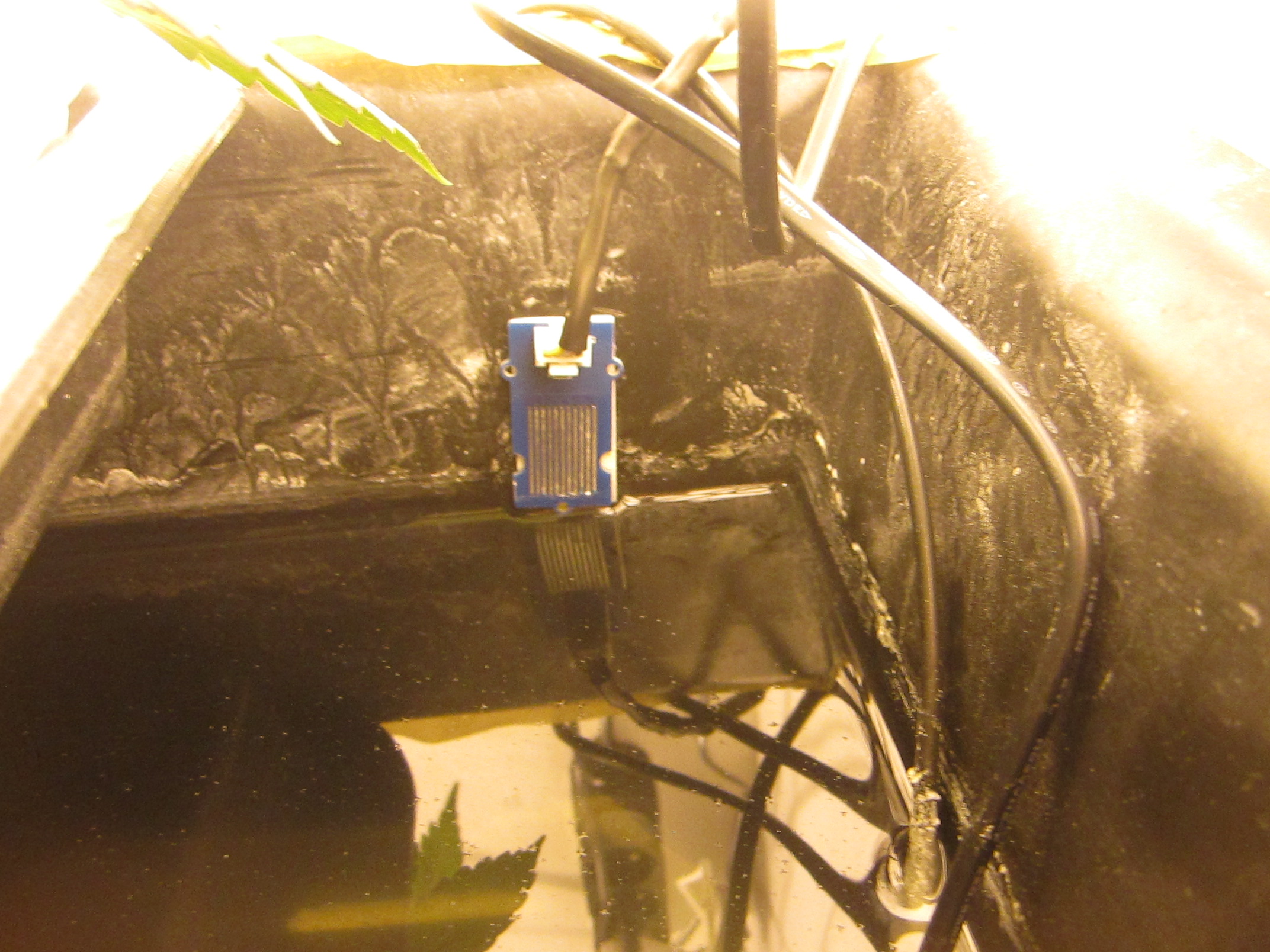 The Arduino prototype was useful to validate the width of the tubes, the type of plastic that can be used for tubing, the minimum viscosity of the nutrients. 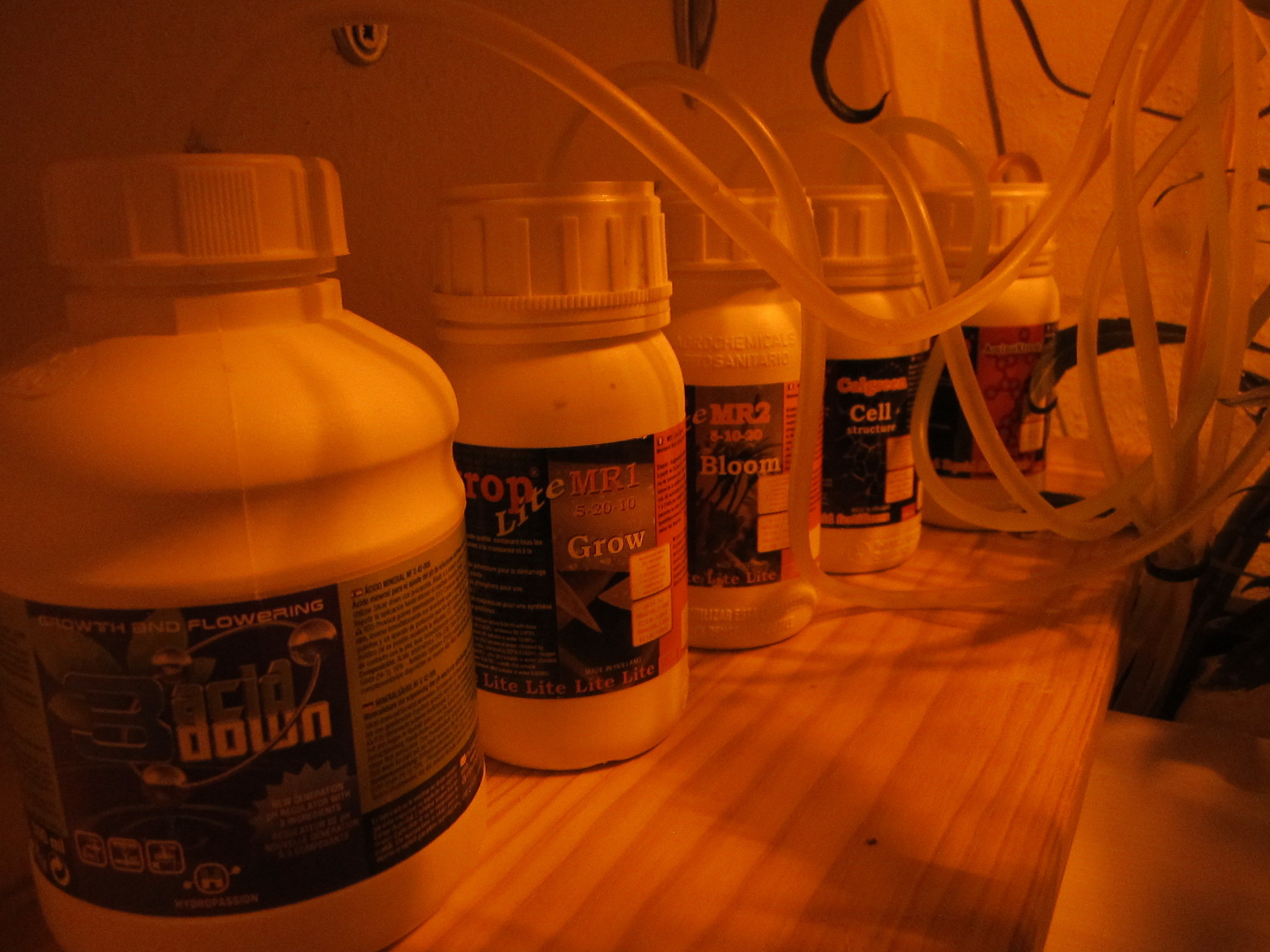 Beforecontrolling the doser with the android app, we used a LCD keypad that allowed to control the parameters of the doser. 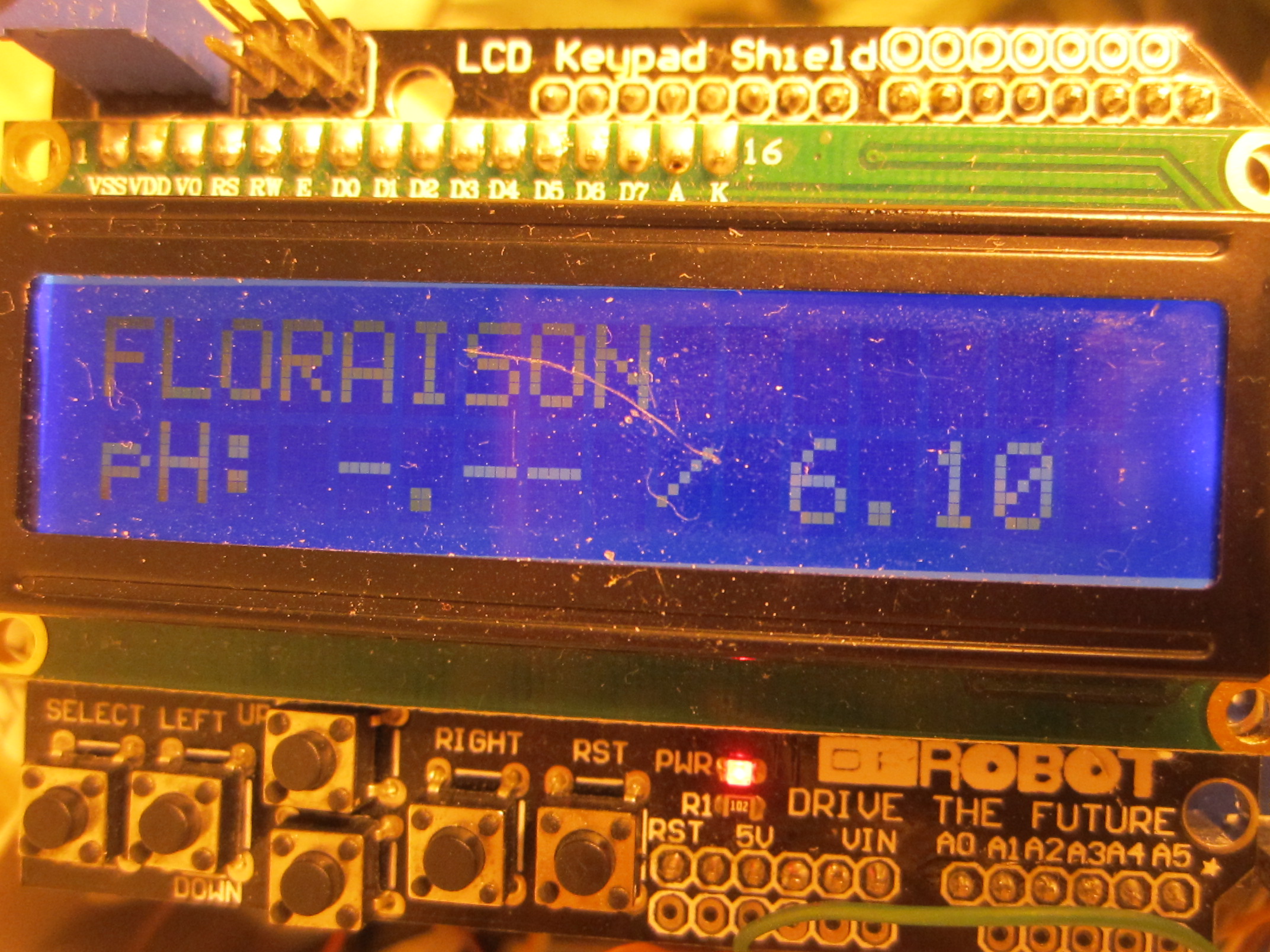 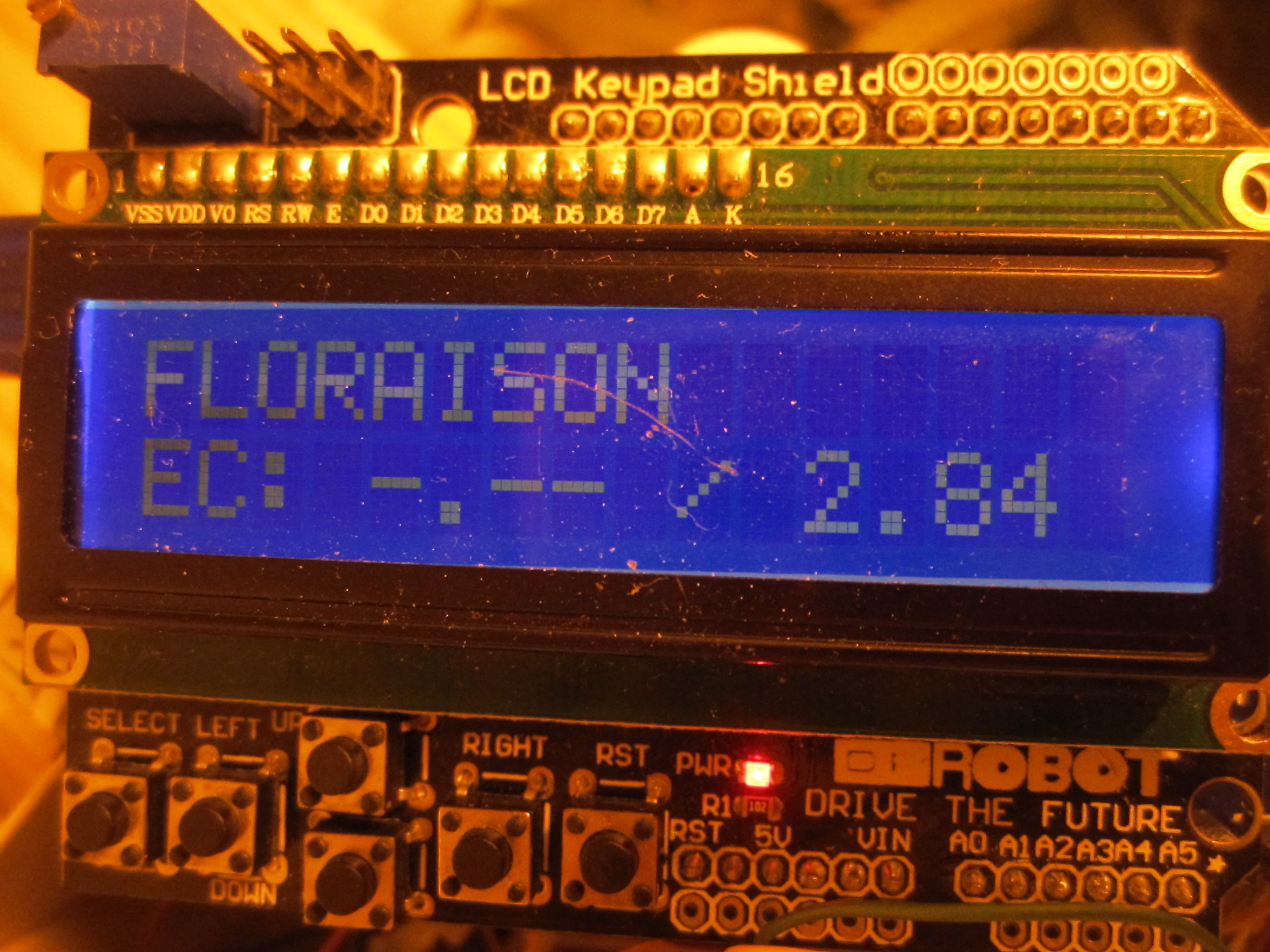